Chinoiserie translates to “Chinese-esque.” The style went on to become a key element in rococo design. 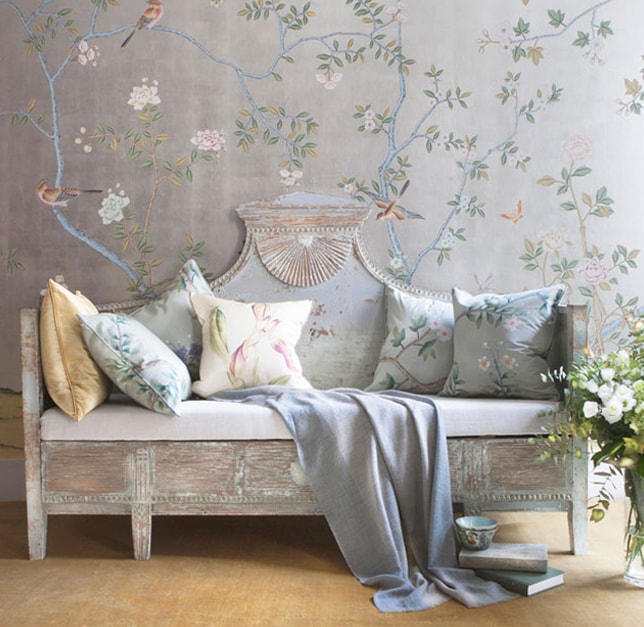 Western fascination with eastern goods dates back to the Romans, who went crazy for the Chinese silk that reached them along caravan trade routes between China and the Roman Empire. When China shut its doors to Westerners in AD 878, just before the fall of the T’ang Dynasty, fascination with the East only intensified.  A few European merchants were still allowed to trade with the East, and most of them came from Venice.  Venetian merchants were famous worldwide for bringing exotic valuables – spices, gems, fabrics, salt, wax, drugs, ivory, wool, gold and pearls among them – back to Europe. So it’s not surprising that the appetite for Chinese goods in the 14th century was escalated by a Venetian: Marco Polo.

Marco was taken to china by his father and uncle, who were both adventurous merchants.  In 1271, he became a trusted servant to the Mongolian overlord and ruler of China, Kublai Khan, the grandson of the fierce Genghis Khan. For the next twenty years, until 1292, Marco traveled with Kublai Khan all through the Mongol empire and China.  After Marco’s journey through Asia, he returned home to find Venice at war with Genoa, and he was unluckily captured as a prisoner of war.  While imprisoned, he dictated his stories to his cellmate (who happened to be a skilled romance writer) and the resulting book, The Travels of Marco Polo, provided Europe with its first tantalizing glimpse of China – and the luxuries that could be easily carried back on the merchant ships.

All of Europe wanted a piece. By the 16th Century, the Portuguese were winning the Chinese imports race.  Instead of trying to compete, Queen Elizabeth I licensed privateers to plunder Portuguese and Spanish ships and bring the Chinese goods to England.  While piracy may have been a good short term solution to the problem, it wouldn’t sustain the appetite of Britain for long. In 1600, Queen Elizabeth granted the East Side India Company, which was made up of merchants from London, a charter that gave them a monopoly on selling imported Chinese goods in Britain.  This move would completely alter the drink, dress, and artistic taste of the British upper class.  Goods like silk, tea, and Chinese art were now more readily available, but they were expensive and still difficult to obtain, despite the open trade routes.  To fill this niche, savvy craftsmen began to imitate Chinese wares in an effort to capture a piece of the unsatisfied market. 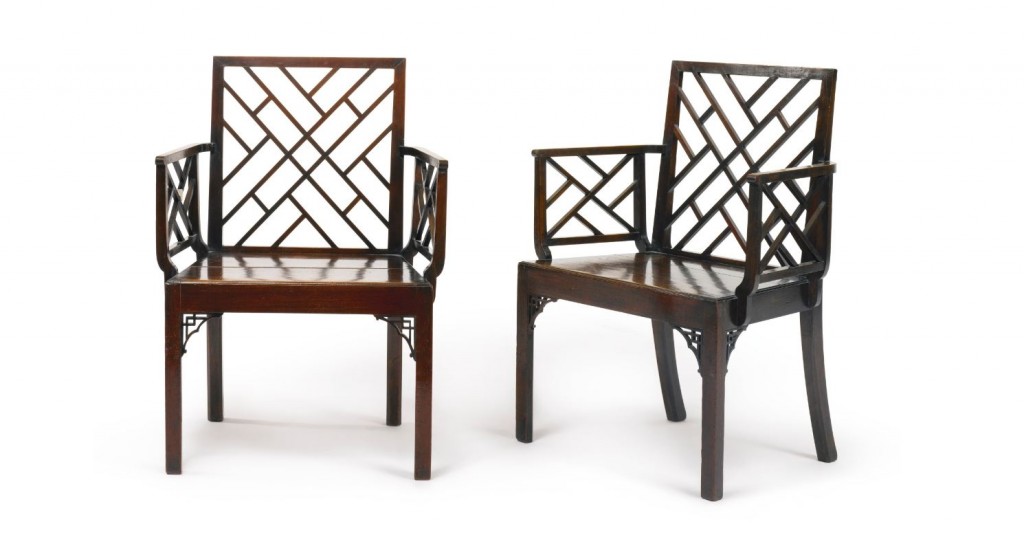 The most difficult product to imitate proved to be porcelain, one of the most desired objects.  Porcelain from the East was so precious that objects would frequently be mounted in silver or gilt bronze to protect the porcelain and enhance its value.

By 1683, more than three million pieces of porcelain had been brought from China to Europe, yet demand was still unfulfilled.  Chinese goods had become symbols of wealth and power, and many of the elite were determined to outfit entire rooms in porcelain, with vases clustered on the fireplace mantel and mounted dishes climbing up every available inch of wall space.

Europeans knew how to produce earthenware, but the secret to creating thin, translucent porcelain remained a mystery.  To appeal to consumers who were obsessed with the Far East, many craftsmen decorated European made goods with Chinese inspired imagery.  This mixture of European and Chinese design was a fantasy version of China, featuring lush landscapes with fanciful pavilions and exotic birds, and products from this era in this style are known as Chinoiserie. 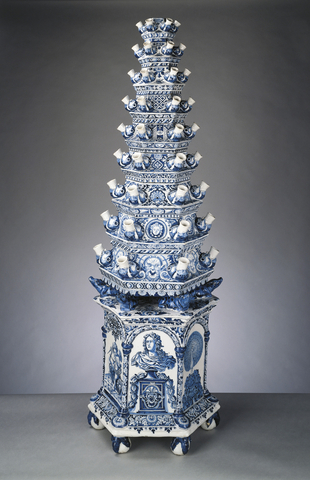 Soon, Chinoiserie became an acceptable (and desirable) answer to the supply problem, but it didn’t solve one issue: The craftsmanship in China was still far superior to that in Europe.  In order to create higher quality Chinoiserie pieces, European designers sent the blueprints for their ideas to porcelain, textile and furniture manufacturers in the East. The combination of influences – the Chinese inspiration and European design – resulted in a stylized look that hardly resembled the traditional aesthetic of either culture, but was appealing to European sensibilities.

By Amy Azzarito; Taken from Past & Present, 2013 Abrams 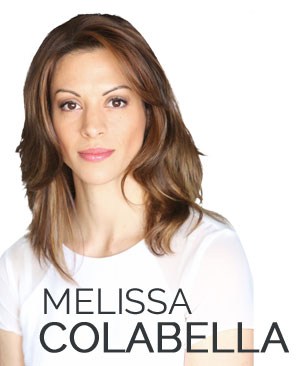